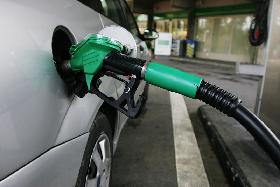 Well, the record-breaking 1959 Opel T-1 wasn’t exactly tucked into a crate among millions of other crates in a giant warehouse a la “Raiders of the Lost Ark” (“We have top men working on it right now.” “Who?” “Top men.”)

But it did spend years, all but forgotten, at the Talladega, Alabama-based International Motorsports Hall of Fame until it was discovered — and purchased by — Evan McMullen, who owns Cosmopolitan Motors in Seattle.

The old Opel broke the world record for gas mileage in a 1973 competition sponsored by Shell Oil, and was featured in the 1975 edition of the Guinness Book of World Records. You can see photos and read more details about the vehicle here.

McMullen told SeattlePI.com that he plans to sell the record-breaker at an auction in September.