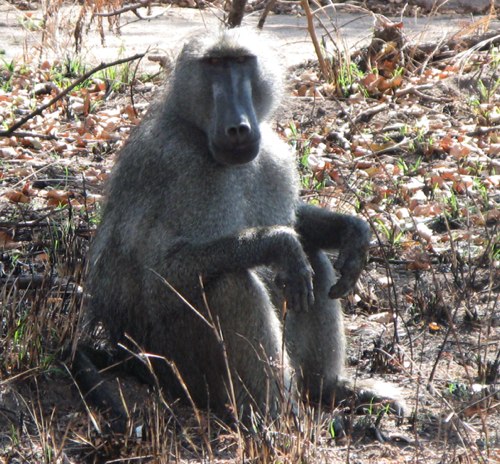 The difficulties stemming from the proximity of the troops of Cape Peninsular baboons and Cape Town suburbs is in the news again, in a really disturbing way.

Previous posts looked at the possibility of residents paying an increased tax to allow the Cape Town municipality to manage baboons, that are causing problems in Cape Peninsular suburbs and at the somewhat lighter story on a baboon that fell through a roof into a bath.

However, the close proximity between the baboons and the community has turned ugly in a way contrary to what one would have expected.

(NOTE: a GOOGLE earth clip at the bottom of the post will help with the South African place names)

Two teenaged boys unleashed their dogs on a baboon in Main Road, Ocean View not far from his natal pack in Kommetjie on Tuesday 21 July. He stood little chance, as he was 20 years old, had few teeth and had lost the strength of his youth. He was badly mauled in the attack, and rushed to a veterinary clinic. The dogs were initially reported to be Pit-bull Terriers, but were actually a American Pit-bull and a Staffordshire Bull Terrier. Both dogs have a predisposition to attack other dogs and are totally fearless and loyal to their owners.The attack was quickly linked to organised dog fighting in Ocean View and the influence of the American gang culture in the township. Ocean View was a “Coloured Township” established under the apartheid government in the late 1960s, which hasn’t managed to prosper. Life in the township is a struggle for the many residents , having to face the challenges of huge unemployment, widespread drug use, alcoholism, gangs, prostitution and violence. The dogs’ owners, aged 14 and 17, have been arrested and charged with animal cruelty.

Responding to the criticisms of the animal rights groups some have raised the suspicion that it’s only because a baboon was killed that the groups are now focussing on the dogfighting in Ocean View.

Against this unsavoury background there were heart warming actions such as school children of the area dropping off food (We got so many bananas that we’ll be able to bake several banana cakes.” said Baboon Matters) and the The Emma Animal Rescue Service selling boerewors rolls (equivalent to hotdogs) to raise money for Eric’s veterinary bill.

The baboon involved had actually become well known in May and June this year when he and a son moved around the peninsular on what seemed like a search for a new home. They went as far north as Hout Bay, before returning to Kommetjie from where they started. Mike or “The Genius” was well know in Kommetjie and had been ousted as alpha male from the nearby Slangkop troop by younger baboons, before he started his trip. The route they took is recorded in the Baboon Matters Facebook.

Eric was also considered to be the oldest baboon in the peninsular and had earned the Genius nick name by the cunning he had shown over the years in staying out of trouble.

What of Eric’s Future

Eric made a surprising recovery and was eating after less than a week and is expected to recover without having to undergo surgery. Once fully recovered it will be necessary to try and reintroduce him to his troop. However, since there is an ongoing struggle for power between the new leaders this could be difficult.

Being 20 years old he doesn’t have too great a life expectancy, but he should still be able to look forward to some safe and secure times with his troop. 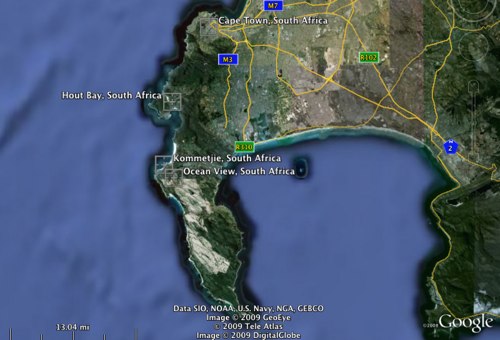 Photograph taken by Dominique Harcourt, the authors wife and published here under a Creative Commons license.